Learn about our professional tutoring services at Maryland Teacher Tutors! 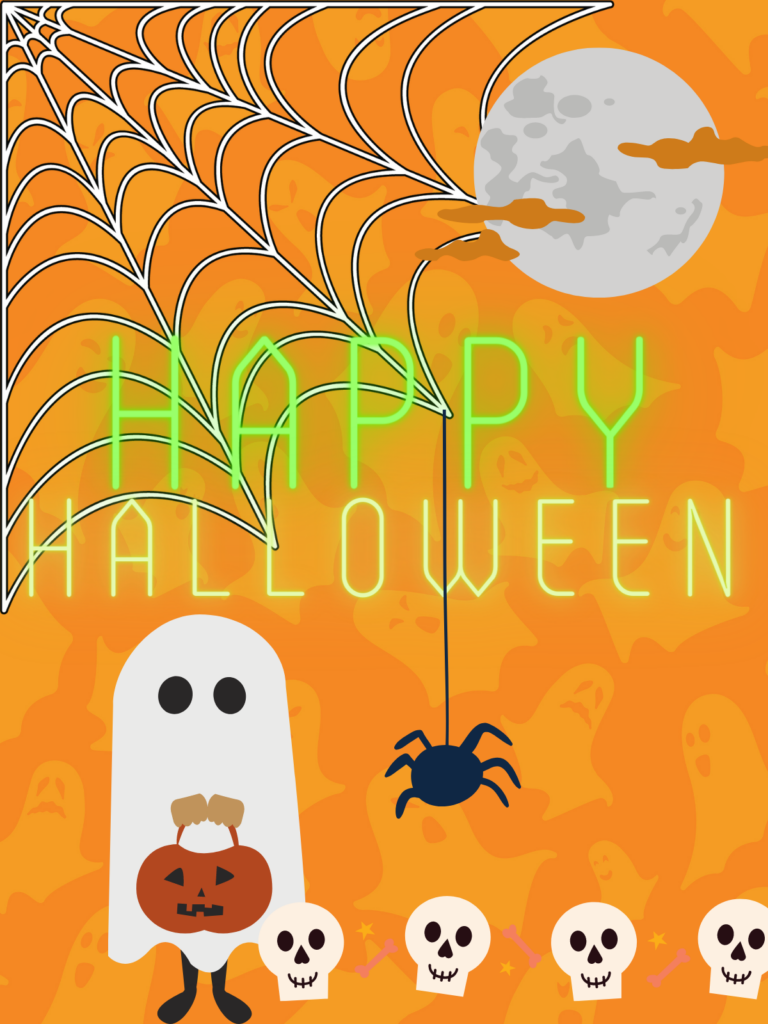 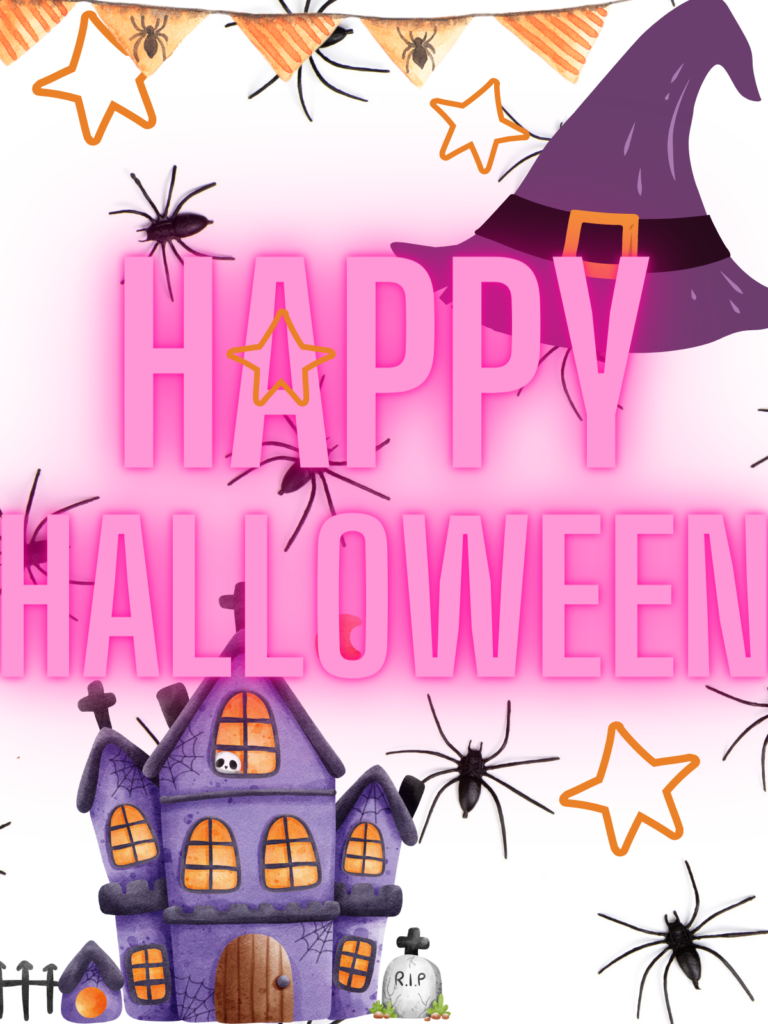 It’s about that time, my little witches, ghouls and goblins! Happy Halloween and officially Welcome to Spooky Season! In the words of Jack Skellington and the members of Halloweentown, “This is Halloween! Everybody make a scene!” Halloween is such a unique holiday and has really grown in popularity- just look at the seasonal aisles at Target. In the weeks leading up to October 31, there is plenty to do for fun other than just one night of candy hoarding. Join us here for some spooky, festive suggestions!

Halloween has long been one of my favorite holidays. Truth be told, it is currently my overall favorite holiday. (I know, you’re thinking, “But, GASP! What about Christmas??!” I’ll get to it, hear me out.)

As a kid, I loved it because, well, CANDY, duh. But, it really is so much more than that. The creativity to put together a costume and have that one night to be someone or something else was really exciting. Heading out to trick-or-treat in the neighborhood was absolutely thrilling. Showing off your costume, watching your bag of candy grow bigger and bigger was the best. And there was always that ONE house that would go all out. I distinctly recall my childhood neighborhood had a house across the street where the neighbors would all dress up, had lots of spooky lights and dry ice coming out of a smoking cauldron. I was HALLOWEEN OBSESSED.

That Halloween obsession has stayed with me for a long time. I feel like each year, I go a little bigger. A few more lights, a few more strategically placed spiders. This has been especially true for my husband and I after having children. Add in our oldest child who also loves Halloween, we are officially “Halloween people”. It has most certainly influenced my participation the day of and during the time leading up to October 31st. I love helping my kids figure out their costumes and seeing how excited they are when it all comes together.

One year, my oldest, Jack, was Mad Eye Moody from Harry Potter. How his costume turned out is a real source of pride for me as a mom. It was some DIY magic- probably one of my best. His younger sister, Sadie was a DIY Winnie the Pooh. Maybe not my most creative, but still super precious.

Personally, one of my favorite costumes that I have come up with for myself has to be the year I was pregnant with my youngest and used my bump to my advantage and was a snowman. NAILED IT! Found it on Pinterest, so feel free to scurry off with the idea yourself. If you’re pregnant, I mean. It might be weird to do that if you aren’t pregnant…but, hey, no judgement.

Halloween is always celebrated on October 31, which means that this year, it falls on a Monday. Boo. And not like scary ghost boo- boo as in that stinks because it’s a MONDAY. But, that’s just how it works. We still get candy, Monday or not.

The roots of Halloween are deeply entrenched in Pagan rituals. The ancient Celts celebrated Samhain (from the Gaelic word pronounced “SAH-win”), a religious festival. Samhain marked the onset of autumn and the harvest season. The critical focus of Samhain was that it was the most important of the four fire festivals and took place at the halfway point between the fall equinox and the winter solstice.

During Samhain, the Celts believed that the barriers between the physical world and the spirit world were opened. The lore around this breach was that the 3 day celebration would allow ancestors to commune with and walk amongst the living. Since not all the spirits were considered friendly, the Celts would often dress in costume to ward off nefarious intentions.

As the timeline of history progressed into the Middle Ages, the observance of Samhain began to change. There were still bonfires or fire festivals, but the focus was shifting. This is also when we begin to see the appearance of jack-o-lanterns. Before the progression to pumpkin carving via the Irish, citizens in the Middle Ages carved turnips. Sidenote: My kids watch a lot of Octonauts, so I always associate turnips with Tunip the Vegimal Turnip. If you know you know.

The Middle Ages were heavy with the emergence and practice of Christianity across Europe. This effectively ceased the existence of Pagan celebrations and they were altered to fit the confines of Christian beliefs. In order to do so, and to have people buy in, Pope Boniface first attempted to move the celebration during the 5th Century to the Spring so it had a different focus. This wasn’t particularly effective, and later in the 9th Century, Pope Gregory moved the celebration back to the harvest time but renamed the celebration All Saint’s Day, followed by All Soul’s Day.

Eventually, All Saint’s Day became All Hallows Eve, and eventually Halloween. The practices were still deeply rooted in Paganism, but it was the Irish who brought Halloween to America when they immigrated during the 19th century. The Irish brought the tradition of Trick or Treating which was a practice called “mumming” where people dressed in costumes, went door to door singing and received cakes in return. Sometimes pranks or tricks would be performed and blamed upon the fairies.

Nowadays, in America, Halloween is a $6 billion business. Go to any store by the end of August and you can expect to start seeing Halloween decorations appear. I have zero problem with this because admiring and shopping for Halloween decorations is literally one of my favorite things to do throughout the year. This year, I bought a giant (and I mean GIANT) spider at Target and have named it Grandpappy Spider. Necessary. Purchase.

The month of October and the weeks leading up to October 31st are a great time to enjoy festivities with your families. Plenty of events, movies and crafts are available to entertain all ages. My family likes to begin October with our decorating. We pull out our bins of decorations and have a great time seeing some of our favorites each year! Once we get our spiderwebs hung up and our skeleton critters out, we stream our favorite movies. My family loves Hocus Pocus and Nightmare Before Christmas. Classic 90s fun for all. There are plenty of spooky good movies for the whole family- littles, big kids and grown ups! We’d love to know what your favorites are. Let us know in the comments.

Along with the decorating and the movie marathons, there is plenty to do to celebrate Halloween with your family.

Start by trying these fun activities:

You’ll be able to access a preview of these printable activities, but take advantage of subscribing to our resources for full access to all the great materials we have to offer!

Courtney is an MTT tutor, academic coach, and blog contributor for MTTES. If you check out our FB and Instagram pages, you might see her giving a storytime with her son Jack through the company’s Facebook Live service. Courtney’s love of the English language, learning, and creative writing inspired her to contribute relevant content to teachers, tutors, parents, and homeschoolers seeking support across an array of trending topics. She and her teacher husband have two small children and reside in Baltimore, MD with their dog Lottie May.

Staying Healthy Grateful and Thankful Pride Month Back to School

This site uses Akismet to reduce spam. Learn how your comment data is processed.